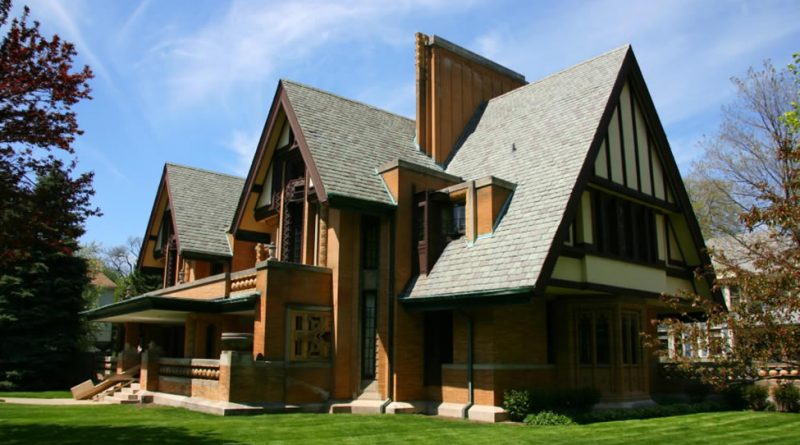 Top 5 Frank Lloyd Wright Homes in the US

To say Frank Lloyd Wright’s 70-year career as an architect was about innovation feels prosaic. Wright embraced the notion that “Every great architect is – necessarily – a good poet,” and like the great poets, his work was visionary. Wright sought to build a uniquely American style of architecture as in the Usonian, often modest, homes he designed that popularized the ranch-style in the U.S. He characterized his vision when he said, “The mother art is architecture. Without an architecture of our own we have no soul of our  own civilization.” Utilizing his design skills, Wright probed the landscapes of America to define an architectural idiom that was truly our own.

Some of the general design principles for which Frank Lloyd Wright is noted are his fascination with the natural world and his frequent attempts to seamlessly unite it with the structural. He preferred the use of locally-sourced materials in combination with modern forms like steel and concrete. He blurred the boundaries between inside and outside, often privileged horizontal lines over vertical, liked the incorporation of glass, and was largely responsible for the open floor plan. But to condense his design principles into a few statements is to miss the poetry. Better to consider the specifics of a few of his iconic homes to understand the beating pulse of his architecture.